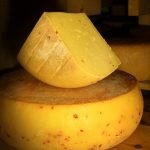 In France they boast that you can eat a different cheese every day of the year. If you include flavoured cheeses, then the 500 or so cheeses made in Ireland should be sufficient to keep any Turophile (cheese lover) going for almost a year and a half.

Ireland has one of the longest continuous traditions of cheese making in the world going back over 6,000 years. The Ceide Fields in Mayo, extending over thousands of acres, are the oldest field systems in the world dating back to around 4,000 BC. Modern theories suggest they were built to contain dairy cattle at a time when stone-age man was lactose intolerant and so could not drink liquid milk in any quantity.  Analysis of fat lipids on fragments of pottery show that much of the milk produced at that time, besides butter, was converted into cheese.  Cheese has much less lactose than milk and considerably less so when aged.  The early Irish therefore had a high fat, protein rich food which greatly improved their chances of survival in the harsh conditions of the stone age.

The importance of cheese to the Irish is also included in legend.  The most deadly piece of cheese in history killed Queen Medh (Maeve) of Connaught when fired from a sling which was launched by her nephew in revenge for Queen Medh killing his mother.

Irish Cheesemaking During the Crisis

Throughout the centuries Irish cheese makers must have faced many crisis; some natural others man made.  During the current Corona Virus Pandemic the challenge of the Irish dairy industry is that whilst animals keep producing milk, the demand for it has dropped significantly.  For cheese makers the outlets that use a lot of cheese; restaurants, cafés and other businesses are closed.   Many of the traditional outlets for specialist cheeses such as farmers markets, fairs etc have also been closed so access rather than demand has slumped.  Those farmers producing the softer cheeses with the shorter shelf life are more at risk, particularly in the goat’s cheese sector but even hard cheeses have fallen on hard times.

As a Case Study: Kylemore Farmhouse Cheese has several hundred wheels of their award winning Kilnalahan Extra Mature Cheese still unsold.  Called by some an ‘Irish Parmesan’, it has been matured for a long time to give a very hard cheese that has smooth, delicate flavours with caramelized tones.  The natural handmade rind can be eaten and the cheese is excellent for melting; for pasta, fondues, sauces, and even just grilled on top of bread.  Normally a cheese like this should sell well but access to many of its usual outlets has ceased so the cheesemaker is now very dependent on selling the cheese online direct to the public: Click on Kylemore Farmhouse Cheese to order on line or call 08384 55272 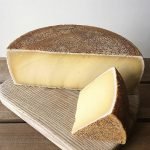 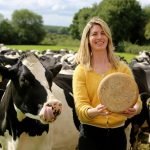 This website and ‘The Irish Cheese Directory’ is an initiative designed to help Irish Cheesemakers in the current crisis.  All the information in the Directory is contained on the pages of this website.  It consists of four parts:

1. An interative map of all Ireland’s cheesemakers so that a person can enter their postcode and find their nearest cheesemaker.  The icons on the map differentiate between Cow’s, Goat’s, Sheep’s and Buffalo cheese. Clicking on each of the icons gives much information on the cheesemaker, the style of cheese they produce and their contact details. Map

2. A downloadable list of all the cheesemakers in Ireland which includes their contact details as well information on the styles of cheese they produce. Cheesemakers

3. A downloadable list of the 500 or so cheeses produced in Ireland in PDF format and in Excel format. Information on each cheese includes the animal milk and the process in producing the cheese eg pasteurised/raw milk, animal/vegetarian rennet, rind treatment, age and style of cheese etc. Cheeses

4. Finally the directory gives other useful information including a tentative Irish Cheese Trail , courses on Cheese and Cheesemaking and on organisations such as Cáis and Bord Bia that support Irish Cheesemakers.

The Directory gratefully acknowledges Cáis and Bord Bia for their contribution to some of of information contained in the Directory.

The UK Artisan Cheese Fair is the UK’s largest dedicated cheese fair with 9-10,000 visitors and around 70 cheesemakers. It was due to take place 2/3rd May but instead was substituted by a virtual cheese fair held on the same weekend.

The following weekend the ‘British Cheese Weekender’ was held as a free online cheese festival featuring live-streamed talks, tastings, farm tours, quizzes and cookery demos by some of the country’s leading cheese experts.

Would it not be possible to organise something similar in the coming weeks for Irish cheesemakers and those that depend on the cheese trade? We would be very happy to help organise it.