Cáis is the organisation that represents the interests of Irish Farmhouse Cheesemakers. The following is taken from their website.  Cáis

“During the late 1970’s a few enterprising dairy farmers commenced making farmhouse cheese. For at least a quarter of a century before this, cheese-making in Ireland had been exclusively confined to large scale factory production mainly concentrating on cheddar production and mainly owned by the dairy cooperatives. One exception to this was a small-scale production operated by the Franciscan Missionaries of Mosy at Lough Glynn in Co. Roscommon. However, even they had ceased producing cheese by the late 1970’s.

By 1983 there was a small number of farmers successfully producing a range of cheeses. The National Dairy Council, which had responsibility for promotion of dairy produce in Ireland, realised the potential of Farmhouse cheese production and facilitated the forming of the Irish Farmhouse Cheese-makers Association in 1983 and helped its development in the earlier years.”

The following are members of Cáis.

The Irish Cheese Awards take place every two years.  The last awards were judged in 2019 and the Awards presented at a grand dinner in Cork.  Killeen’s Mature Goats Cheese was the Supreme Champion. For a list of all the award winning cheeses click on the link below. 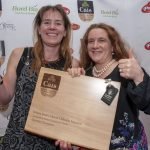 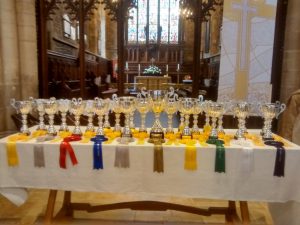 “Bord Bia is an Irish state agency with the aim of promoting sales of Irish food and horticulture both abroad and in Ireland itself.”